ESPWA is a volunteer led -organization currently governed by the following Board of Directors.  Our network includes the Central Committee of the Haiti Community Foundation which is set as HCF’s founding board.

U.S. Board of Directors 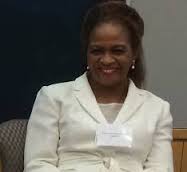 Marie-Rose is a nonprofit strategy and management consultant with over 20 years in program development, executive leadership and nonprofit capacity building.  She founded and led two of the first large-scale projects focused on meeting the needs of low-income Haitian families in Greater Boston area (an outreach program for Haitian battered women in Somerville and KAFANM, the only New England housing program for low-income Haitian women and their families).  Over the course of her career, Marie-Rose has worked as a project manager, an executive director, a deputy director and a consultant for local, regional and national organizations. As a social entrepreneur focused on serving the unmet needs of disadvantaged individuals, families and communities, she has spearheaded a number of system-change initiatives and projects over the years.  She was the Founding Executive Director of one of Boston’s first inner-city Main Street Programs.  She worked the tenants ‘associations of high-risk low-income housing developments in Boston to create innovative federally-funded workforce development programs for their residents. She’s also worked with a regional homeless service provider to secure a $60 million contract, restructure their programs and organization and develop a training program for their staff.

Marie-Rose also has over 16 years of experience in child welfare, youth development and youth violence prevention. She has worked with a number of youth organizations and coalitions on building their long-term capacity and strengthening their programs.   She has served on a number of boards and advisory committees for organizations such the Boston Foundation, Respond and the Boston Capacity Tank.  Her work has earned her awards from the City of Boston and a number of civic organizations in Greater Boston.  Marie-Rose has an MBA from Babson College, an MS in Community Economic Development from New Hampshire College and a BS in Journalism from Boston University.  She also holds a Certificate in Asset Management from the Consortium for Housing Asset Management.

Born and raised in Haiti, she hails from a family with deep roots in Haiti and a strong track record of leadership, entrepreneurship and philanthropy.  She is passionate about the development of her country.  She is the author of two poetry books and is fluent in French, Haitian Kreyol and English.

Chelinde Edouard, Chair of ESPWA’s Board of Director and Board Member of Fondation Communautaire Haitienne-Espwa/Haiti Community Foundation.

Chelinde is the President of CME Consulting, a firm providing management consulting services to health care companies.  Formerly a Senior VP and Chief Underwriting Officer at Blue Cross Blue Shield of Massachusetts, Chelinde is a native of Haiti who serves on the board and/or advisory committee of several nonprofit institutions including Catholic Charities, the Haitian Multi-Service Center, the Haiti Fund at the Boston Foundation (now the Haiti Development Institute). 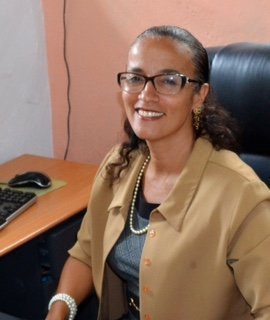 Caroline is the Director of the Acacia School in Pétion-Ville, Haiti and a consultant for Step by Step in Haiti (locally called Tipa Tipa) since 1998.  She has a B.A in Education from Goshen College, and a Master’s degree in Education from Harvard University. As a graduate student, she worked as a student editor of the Harvard Educational Review. She’s been a school director for more than 20 years.

She’s one of the authors of My Own Story about the Earthquake in Haiti published by the Children’s Psychological Health Center in San Francisco, the main author of Ala yon Bèl Timoun, a Haitian Creole reading method for young children whose content is heavily rooted in the Haitian culture, and the author of A Mango for Grandpa , a storybook for young children, which has been translated in more than 14 languages: French, Haitian Creole, Spanish, Arabic and several eastern European languages. 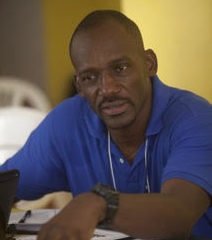 Francois is the Associate Director of CEGEC a premier finance and accounting firm in Haiti which specializes on audit and feasibility studies.

Francois is deeply involved in community issues and working with a number of nongovernmental organizations in Haiti working on the environment, sports education and human services.

Born in Haiti and raised in Jamaica, Joyce is committed to supporting long-term social change in this country and abroad.

Until December 2012, Joyce served as the Executive Director of the Hildebrand Family Self-Help Center, Inc., a Cambridge-based regional shelter and service provider to homeless families; a position she held for 20 years. As a visionary, seasoned and strategic leader, she shepherded the Hildebrand’s growth from a one-shelter program to the regional service provider that it is today.  Joyce has a B. A. in Biology from Eastern Nazarene College in Quincy, Massachusetts.  She has years of experience working as an educator, and has spent the majority of her career in several non-profit and government management positions in Human Services. In these capacities, she has always served with an understanding and commitment to maximizing the opportunities that educators and human service providers have in empowering children and families to be independent and self-sufficient.  As a former Assistant Commissioner at the Office for Children and Executive Director of the Hildebrand, (one of the oldest family shelters in Massachusetts), Joyce has had the opportunity to participate in many groups in and out of the Executive Office of Health and Human Services and the City of Cambridge; groups whose work have shaped how services are currently delivered to children and families. Joyce has served formally and informally with many community groups. She has also served on the Board of the Cambridge Chamber of Commerce, and in an advisory capacity to the Black Ministerial Alliance of Greater Boston.

Mireille is a physician with an MBA and a MS in Public Health.  Born and raised in Haiti, she has lived in the Florida when she was very active in community affairs, and in Haiti.  Committed to making a difference in Haiti, she returned a few years ago and remained even after she was kidnapped shortly after her return.  She didn’t let this experience deter her from staying in Haiti and working on her country’s health and development challenges.

Mireille works in Port-au-Prince for UNICEF where she is a Maternal and Child Health Manager.  As such, she’s implemented and coordinated programs throughout the country.

She strongly believes that Haitians should set the country’s development agenda and lead it with the support of all the country’s friends and investors. 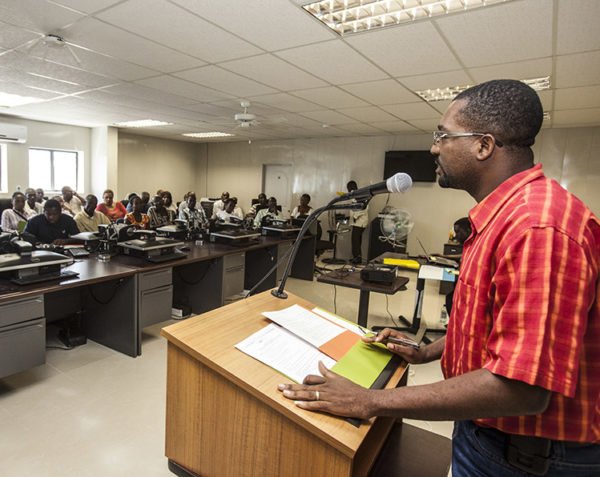 A native of the Grand’Anse region, Alcendre is an agronomist and a lawyer who heads ROPAGA, a network of 68 peasant organizations which focuses on community development and agriculture in the Grand’Anse.

Alcendre was the founding Executive Director of ROPAGA and initiated a number of their key initiatives including a seedling farm and a community financing fund.

Alcendre is also the owner of Pripaw, a construction materials store in Jeremie.  A father of three, he is passionate about the sustainable and inclusive development of the Grand’Anse and of Haiti.

Elcie is a Retail Banking Asst. Store Manager with TD Bank in Massachusetts.  A resident of Cambridge, Elcie has over 20 years in retail banking as a team Leader/Manager. She is currently responsible for all retail, consumer and small business banking activities in her store.

She is passionate about team building, development and success. She believes that happiness is every human being’s birthright. She enjoys being a mentor, a coach to others to achieve their financial goals. As a results, in 2014 she became the owner/consultant of Kingdomheal Financial Services.

she strives to give back to the communities; in 2010 she joined the Commonwealth Corps of Massachusetts, and served with the Boston SHINE program.   she was drawn to the Commonwealth Corps program because of her passion for helping people and her interest in helping senior citizens meet their health care needs. she finds it incredibly rewarding to be able to help senior citizens so they don’t have to choose between basic necessities or medications. She helped to expand the SHINE program by making it accessible to Haitian Creole speaking seniors throughout Greater Boston.

Elcie graduated from Emmanuel College in 2002 with a Bachelor of Science. She lives with her daughter and enjoys reading, listening to music, playing tennis and traveling with her family and friends to explore new countries and cultures.

Judith Laguerre, Board Member of ESPWA 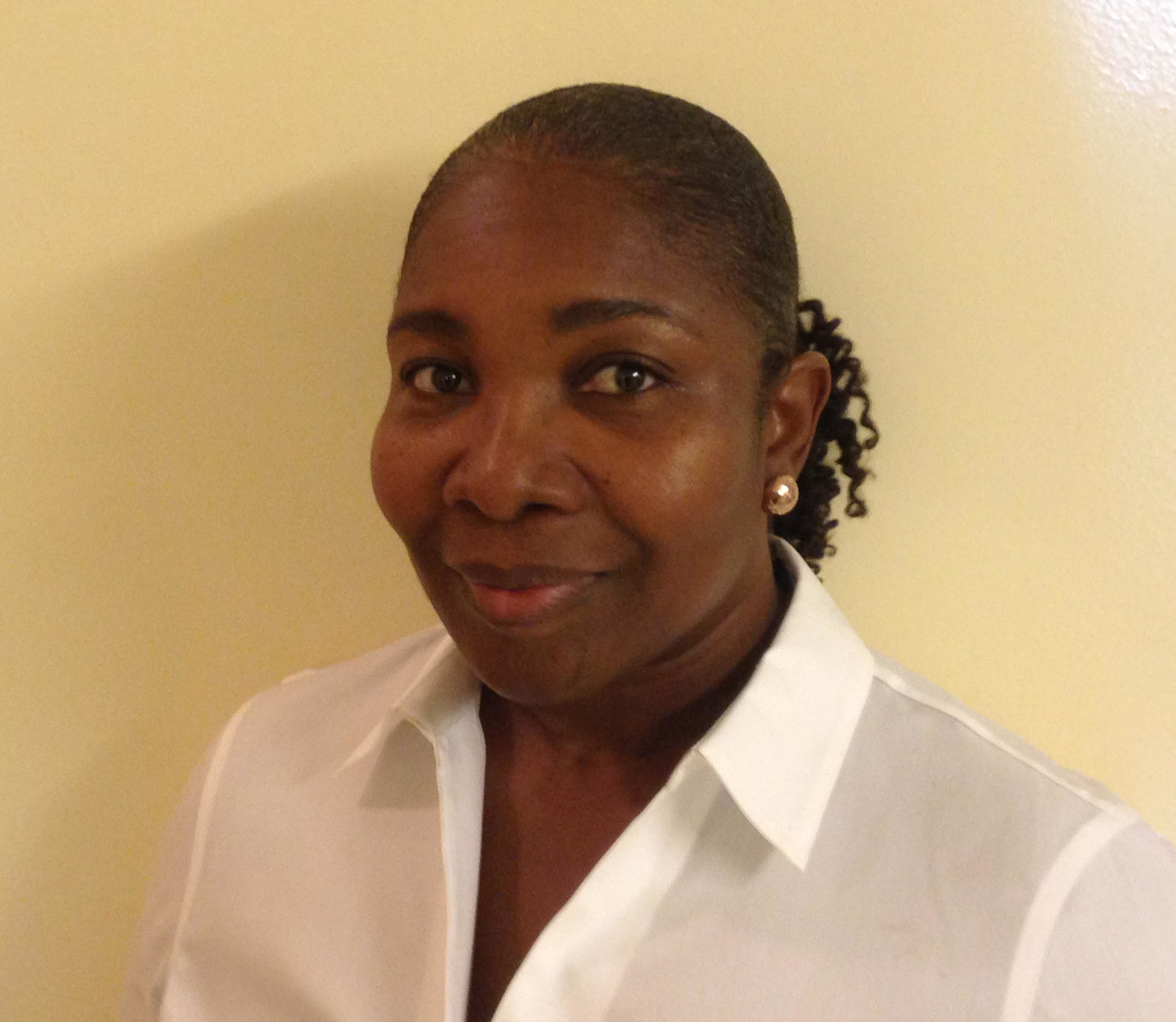 Judith Laguerre was born and raised in Haiti. A registered nurse in practice since 2000, she obtained a Bachelor of Science in nursing from Curry College.  She has also been a board certified geriatric nurse since 2009.

Judith has a passion for volunteerism and community service. Her involvement started 15 years ago when she volunteered as a scout leader when her son was a boy scout. Judith is very involved in the nursing community and the community at large.  She volunteers at major healthcare fundraising activities. She sits on many boards and diverse committees.

Judith was voted the most involved nurse by her employer, Cambridge Health Care Alliance for five consecutive years.  She is a founding and active member of a team of medical healthcare providers who travel to Haiti every year to provide medical care, nursing teaching and empowerment skills to community in the North West of Haiti which lacks access to health care services. 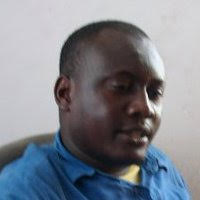 Wisly is an agro-economist by training and definition.  A serial entrepreneur, he’s involved in a sandal manufacturing business and started a number of agribusinesses.  His focus is on building strong local businesses which uses local resources and stimulate the local economy.

Wisly has worked and consulted with several civil society organizations including ROPAGA.  He’s holds a number of certificates in business development and management.  He’s recently won first place in a Caribbean Business competition in Miami, Florida which highlighted his leverage of local resources.  He’s been involved in the Haiti Community Foundation Initiative since 2013 and embraces its vision and approach and purpose.

When he’s not working on his various enterprises, Wisly volunteers at a school in Jeremie where he serves a “Big Brother” and mentor to a number of children.